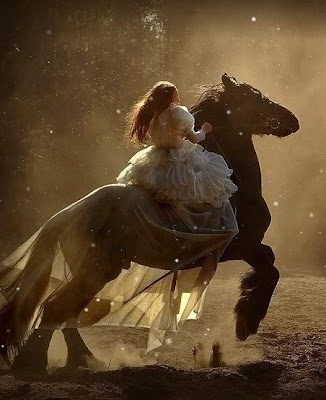 Do you forget yourself when you are engrossed? Now forget yourself while meditating. This will help you go to a deeper identity level The second object of refuge, the Dharma, is the entire body of teachings of the Buddha and associated teachings of the path; this is the actual object of refuge. However, before we can really delve into the dharma at a deep level, we might continue to retain fear issues whether acknowledged or not. Waking up to our shortcomings and wanting to change is a huge component of psychological growing up. Some people wait until they are 60 years old before finally admitting they may have been living life small, from a position of fear. This realization is enormously cathartic and only comes after a long time of working honestly with personal issues rather than trying to fix everybody else. Then, new work of understanding dharma begins; we become fearless! ~Domo Geshe Rinpoche ~~~ "Das zweite Objekt der Zufluchtnahme, das Dharma, besteht aus den gesamten
Post a Comment
Read more

Suffering of Enlightened Beings and other musings 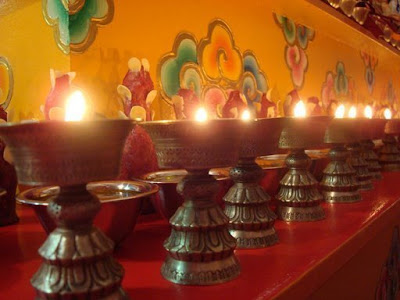 Since when the heck did awakening to knowing the illusory nature of this world become Buddhahood?? Sheesh... Bodhichitta motivation is absolute common sense! Perhaps many people confuse bodhichitta, (the actual enlightened view), with the increasing good motivation to act within the behavioral model of a bodhisattva. ~Domo Geshe Rinpoche ~~~ ""Bodhichittamotivation ist gleichbedeutend mit absolutem gesunden Menschenverstand! Vielleicht verwechseln viele Leute Bodhichitta, (die eigentliche erleuchtete Sichtweise), mit der zunehmenden guten Motivation, sich die Handlungsweise eines Bodhisattva zum Vorbild zu nehmen." - Domo Geshe Rinpoche ---" It is possible for enlightened beings to suffer, however, they cannot hold onto suffering, once the stimuli has stopped. The awakened regain balance quickly in difficult situations and even during suffering situations are able to see through the illusion. The enlightened state does not cause one to be without feelings
Post a Comment
Read more 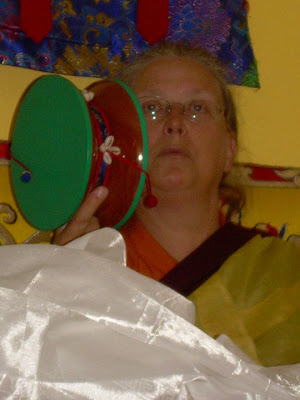 Have you wondered how Tibetan Buddhists view the period between passing and rebirth? "The Bardo Thodol" or :Liberation through Hearing in the Intermediate State" is used as a guide by many Tibetan Buddhists. It describes and guides the person who is dying to the dissolution process. Students work to understand what the consciousness e xperiences during passing away, the intermediate state. Free download or listen online. http://itunes.apple.com/us/podcast/domo-geshe-rinpoche-teachings/id387058479
Post a Comment
Read more 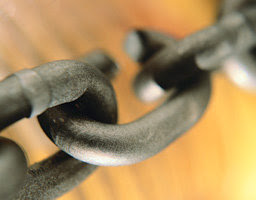 What is more important to you, time off to do as you wish or more money? The dramatic shift in identity between seeing oneself as a body with a mind to seeing oneself as a mind with a body is earth shaking. A tsunami of new values wash away old stale perceptions. Learning new points of view cause irreparable change, for the better! This is an area that parents, mentors and friends can help young people mak e that transition. One of the difficult parts of intimate relationships might be perceiving the partner as primarily the body, when their identity is not there so strongly. That will cause the partner to feel disrespected and leave the other partner confused and rejected. See the light in your partner! ~Domo Geshe Rinpoche ~~~ "Es ist aufrüttelnd wenn ein dramatischer Wandel unserer Identität stattfindet und wir uns nicht länger als Körper mit einem Geist betrachten, sondern als Geist mit einem Körper. Ein Tsunami voller neuer Werte spült die alten, verstaubten A
Post a Comment
Read more 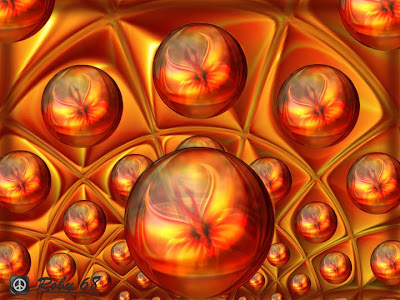 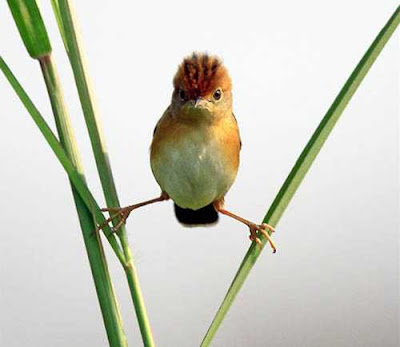 Love has two aspects: giving and receiving. Don't keep a ledger! There often arises situations that cannot be solved by untangling them using reasons and causes; these tough ones have the distinctive stink of confusion surrounding them. Some unhappy interactions are nothing more than self-cherishing talking to itself resulting in the causes and conditions coalescing in a confused form. In spite of appearances, see all difficulties at essence to be without confusion or controversy, still, peaceful and devoid of the very issue that it seems to be. Pure from the beginning; our interactions with our mothers of old times. A practitioner makes choices in difficult times based upon mind training: the commentaries, meditations and practices. Then, instead of experiencing the certainty of karmic consequences in the future, the potential is washed of an obstacle, thereby cutting the cycle of abuse. All the great practitioners are like this. ~Domo Geshe Rinpoche ~~~ &qu
Post a Comment
Read more

We Can See What Prince Sidhartha Couldn't See 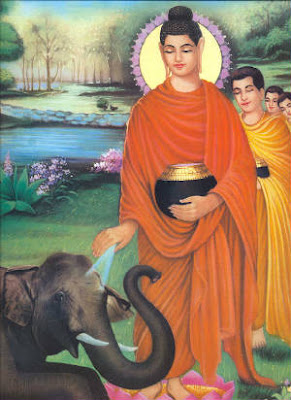 What is Buddhism? An eponymous product! From a position 2600 years distant, we have a view of Buddha Shakyamuni as the fully enlightened world teacher, as well as the story of the life of the historical Buddha-to-be that had trust issues with his own father. We have read about his dramatic change of mind to become a forest hermit, and can see that those decisions were based upon a breaking of trust between the future Buddha and his father. However, instead of feeling damaged by understanding that his father had lied to him, trying to control him to his own wishes, he escaped to find out what is truly real. Even if you never had trust issues, think about your own dear family, how well you were cared for, and held close so that, to whatever degree, you felt safe. Now, imagine what it was like for the Buddha, who was also held securely. The Buddha felt that there was another way of being even more secure than the safety offered in family life; that is what he ran away
Post a Comment
Read more 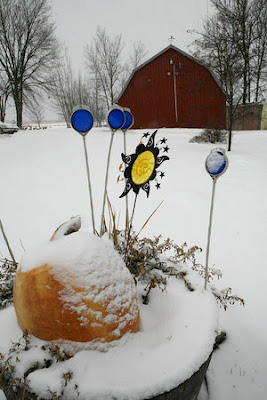