Bullying and Prayer to the Buddha 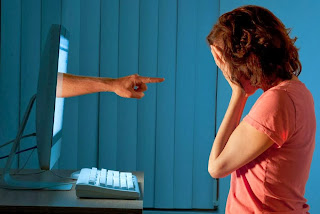 In the old days, enemies were not anonymous. Without telephones, they had to come in front of your face to hurt you. Now, people with aggressive tendencies are free to do harm as if it were a sport, with no consequences and no feelings of being caught. With that freedom to anonymously do damage… it’s surprising how many will rise to that opportunity.  It is valuable to become more skillful in p atient endurance while dealing with people who create harm and problems. It would also be irresponsible to simply endure when there is something that you can do to help people stop doing that. We should be careful however to understand that a chaotic situation does not require praying to the Buddha to inflict harm to the enemy. In any case, it is our responsibility to deal with our own set of problems in life as they arise without damaging our own mind; this is the Buddhist practice. ~ Domo Geshe Rinpoche ~~~ “In alten Zeiten blieben Feinde nicht anonym. Ohne Telefon mussten sie direkt vor
Post a Comment
Read more
More posts