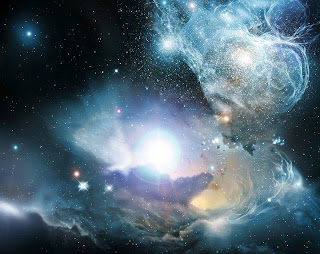 In a strict sense, all phenomena are empty of inherent existence, even those that cannot be directly observed because of subtle causes and conditions. The controversy whether space is permanent or not is even debated as fine points of cosmology between Buddhist traditions. Dark matter is an aspect of space. If it has function, it is pure or clarity illusory as well as also being empty of inherent  existence. On the other hand, the contamination that brings rise to phenomena is simply the aggregation of confused and misaligned energies without producing a valid and stable function. I personally cannot accept dark matter as a theoretical fantasy, because it has a reactive existence by default. Unexplained energy is there where we cannot see it with today’s instruments... but tomorrow... ~ Domo Geshe Rinpoche ~~~ "In einem strengen Sinn sind alle Phänomene leer von inhärenter Existenz, selbst jene, die durch subtile Ursachen und Bedinungen nicht direkt beobachtet werden können. D
Post a Comment
Read more

Watched by Higher Being? 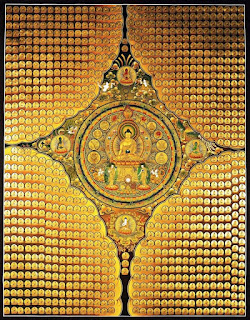