I Will Not Have That Ice Cream Cone! 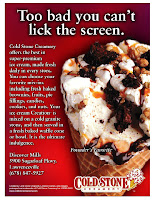 I was in a taxicab in Bali. The driver was lost, and needed to stop and ask directions. As we pulled along side a fellow walking down the road, I said, "Just roll down your window and ask him,” He replied, "Oh no, I am shudra caste. I have to get out to speak to him because he is brahman. Balinese society is much more traditional and stylized than western society, or is it? Your relationship with yourself has become rather stylized over time in a different way. You have developed certain ideas about who you are and what you are capable of and especially what your weaknesses are like shudra or untouchable class believes about them selves. These may not be true weaknesses, but a kind of indoctrinated weakness that has caused you to believe something about yourself that is not true. Because our intention is healing of wisdom it is important to explore mind/body connections that may be unhealed. There is some relationship between your body and your mind that might have cre
1 comment
Read more 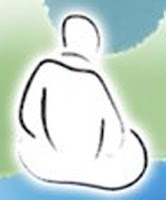 I have been thinking strongly of a method to explain the dynamic between the outside person and the way that they really exist. I will elaborate a bit here so that you understand this dynamic and perhaps even put it into practice. This discussion is not about ultimate reality. This is not about the oneness of all beings. This is not a discussion of whether the ego causes suffering or what realm what deity resides. This is not even a purely buddhist discussion. All ordinary living beings, whether they are atheists, agnostics or members of any religion are, (or behave like they are, for many of them) confused as to how they are actually alive. Again and again, I say that you are not the actual one that is here. None of you who could arrive here is actually the real living being. You are a a version of the actual living being that exists in another way of being. When thinking, moving, planning and accomplishing activities , it is by virtue of the actual you, which is interior to your
2 comments
Read more

Future Buddha Susvasti is the Wife of a Crabby Man 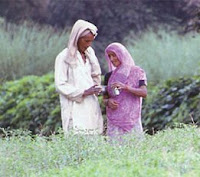 A husband and wife approached Lord Buddha Shakyamuni as he and his followers rested in a grove. The wife stepped forward bowed low and gently offered the Buddha a small quantity of sweets. The Buddha looked deeply at her. He was capable of ascertaining her qualities and nature. The highly sophisticated calculation possible at extraordinary levels of awakening combined with the work he performed as a world teacher saw the action that she was performing was something special and pivotal in her process. The Buddha received the sweets from the hands of this devoted woman and stated, “This is good, this is good. As a consequence of this action, you will become Buddha Susvasti in the future." Now, that’s a pretty big statement, isn’t it? Her husband, surprised, stepped forward to object, “Now now now now now. Hey Buddha,” (laughs) I’m sure he didn’t say, “Hey, Buddha” but I’m going to say that. “Hey, Buddha, it was just a handful of sweets. Isn’t what you’re saying a little extreme?&qu
Post a Comment
Read more

Meditators think! “Who am I? Who am I really? Do I have to maintain a solidified form of who I am between the hours of 8AM and 5PM? What does it mean to be alive?...OK mind, enough of that weird thinking and back to reality! I get in the car and I know who I am. I am the one who needs to make a living” My first time in New Mexico, I saw Saturday Night Live. Have you ever seen the bit with the crabby old man? He said, “In the old days, we walked to school and we didn’t have enough to eat. And we liked it! Because that’s the way it was.” He just made me laugh so hard. So, maintaining a fantasy structure with multiple ideas of who you thought you were, deserves to go away! (Laughs) These experiences of not feeling alive could be temporary, because there is an inner identity that deepens. All practitioners should have a great sense of humor about identity. “I identify with my body?” No! The whole world wishes you to identify with your body. In any case, your sense of identity is oft
Post a Comment
Read more 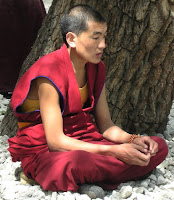 Continuation of discernment from yesterday -. The definition of discernment is "the process by which two stimuli differing in some aspect are responded to differently”. Deeper discernment is important to learn, remember and put into practice. Buddhist logical studies and deeper meditation stimulates the actual practice, the only method to train components of an inner alignment. This learning energetically inside is in the level that touches the boundaries between deep theoretical possibilities of the human mind and the human subtle mind of the next interior level. Controlled discrimination is the method and buddhist logical studies should act as an alerting factor. Inner discrimination and discernment in the ordinary mind, over time or lifetimes become hardened, deadened, and distanced from inner senses. For those of you who have been to some of my other teachings, or particularly at this past winter retreat, have learned about inner senses. This work that we are doing here
Post a Comment
Read more

Let us open a subject that might be either intensely interesting or intensely boring to you: developing discernment on the spiritual path. You already are using a lively mixed bag of discernments in your ordinary life as well as being a product of your well practiced discernments and discriminations. Your decisions that were based on these choices has substantially created you. You have, like everybody else, also changed or recreated your perceptions to accomplish your special day-to-day self- image and the direction of your life by both intellectual or energetic discernment. Let us focus here on discernment although I usually teach how to arise careful discrimination. In the Tibetan education system, we only use an important word after understanding its various Buddhist meanings and sub meanings. So, there must be some differences between those two words. The dictionary defines discrimination as "the ability or power to see or make fine distinctions”. In Buddhism, this would be
Post a Comment
Read more

Shantideva Did Not Wear a Hoodie!

Fashionable people are very much controlled by what everybody else is wearing, so much so that they don’t really have choices. Clothing designers create what people should be interested in for next year. This work out very well because most people want to look the same as others. They have decreed that we must wear a hoodie or never cover our heads even in cold weather. There is not much room for our own creativity, black, red or blue hoodie – your choice. We have a quite independent thinking buddhist group gathered here this evening. Still, if you look at each other, aside from the ordained here, you are pretty much dressed alike …T-shirt, T-shirt, T-shirt, sweatshirt, sweatshirt, T-shirt…tie? Well, you're the odd person here (laughter). Perhaps you walked in here with your suit jacket on and took it off thinking “people would criticize me. I need to look more like everyone else”. I believe all of you are just as controlled by your environment and choices as people in the
1 comment
Read more
More posts