Calm in the Midst of Trouble 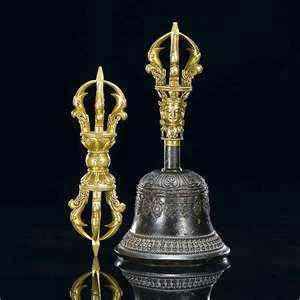 In pre ‘59 Tibet, not many had education and what Tibetans believed about larger issues was often not true, no matter how many thought it to be true. So, in this new life, I have observed that although an individual person doesn’t know everything, the larger the group, the more chance that the majority knows the correct answer.  For ordinary information, this is almost foolproof, however, in esot eric subjects, it doesn’t work that way. We need a different way of viewing deep truth rather than group consensus. In traditional Buddhism, we learn to disrespect our own knowledge in order to relax into a special state of not knowing. We were taught to hold a humble position in the face of our own lack of understanding. So, don’t be too confused among advanced Buddhists who say that they don’t know that much and maybe cause you to think ‘Well, they’ve been Buddhist for 25 years; how can they say they don’t know much?” That’s because many Buddhists…. even ordained monastics, are often hesit
2 comments
Read more
More posts