Rumi and Ramblings on Values and Frozen Apple Blossoms 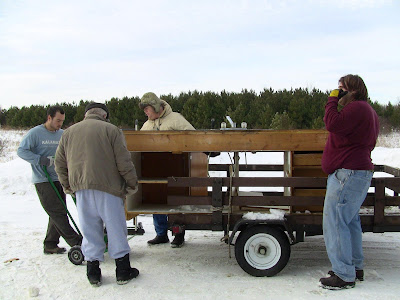 As adults, we learn most effectively and enduringly by establishing principles and then releasing the ramifications of those values in our life. ~Domo Geshe Rinpoche ~~~ If the buds of the apple tree come out too soon, late frost will kill them. If the meditator forces certain realizations before other supporting perceptions are in place, progress could be stopped in that lifetime, when defective perceptions kill realizations. ~Domo Geshe Rinpoche ~~~ Sheikh Esref Efendi und Domo Geshe Rinpoche from Sufi Zentrum Rabbaniyya on Vimeo .
Post a Comment
Read more

No One Could Push the Buddha Around.. Right? 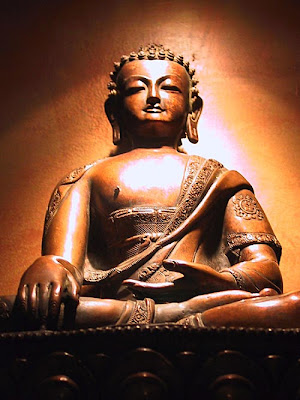 Buddha Shakyamuni was a true nirmanakaya, and ordinary people could not hold him to do their bidding. As a true nirmanakaya, (or emanation being from higher principle, or buddha activity realm), when forced into a way of life not in accordance with how he was actually alive, He affirmed, "This is like nothing,” and left. For Him, it w as not renunciation or an escape from imposed responsibilities, He simply did not accept being lead around or used, because He had important work to do. It was not a test of His will power or yogic abilities, nor was it a culmination of His previous lives that caused Him to escape from ordinary life. He was simply not that kind of being who would accede to the demands of others to be what they wanted for their worldly purposes. ~Domo Geshe Rinpoche ~~~ "Der Buddha Shakyamuni war ein wahrhaftiger Nirmanakaya und gewöhnliche Menschen konnten ihn nicht dazu zwingen, zu tun was sie wollten. Als wahrer Nirmanakaya (oder Wesen, das au
Post a Comment
Read more

Young Tibetan Monks at 3AM 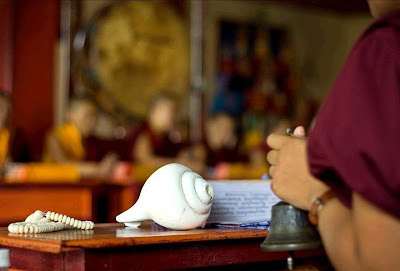 To be elderly is quite an honor as only the old are allowed to do so! ~DGR~~~ In Tibetan monasteries, some of the young monks go to their private teacher’s room early in the morning where an elder monk will give preliminary teachings to a few younger monks. During study times in the great monasteries, they get up at two or three in the morning, and while still half asleep, begin recitations. No, before practi cing recitation by memory, monastic students invoke Manjushri, the Buddha of Wisdom. We have a special way of repeating Manjushri mantra, which (ideally) causes one to come alive in dharma practice but, lacking that, they use it to wake up, perhaps like morning showers do for others. The mantra of Manjushri is Om Ah Ra Pa Sa Na Dhi. After chanting the mantra rather quickly for a while, the student repeats the seed syllable Dhi for as long as they can with a single breath. “Dhi-Dhi-Dhi-Dhi-Dhi-Dhi-Dhi…. . It is difficult to do this for very long unless the mind is
Post a Comment
Read more 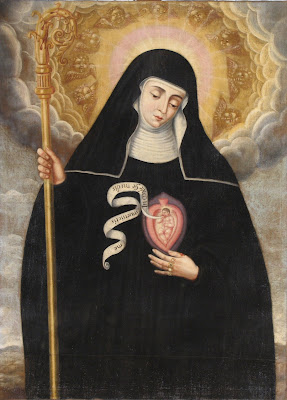 Spring springs... springing spring! (English translation: the spring season has arrived with a bounce in its step freeing itself from the clutches of winter....) Close your eyes for a moment and envision that you and your highest potential are searching for each other.... what is in the way? That is your obstacle. What did the great Catholic meditator saints have in common with Tibetan yogis and yoginis?... they were all practicing Tantra! Their tantric inner union with higher being such as God, or Buddhist deities was the same, only under different loyalties. The bliss states, samadhi states same. One life as a Catholic hermit, another life ... as a mountain yogin... it all depends on the support system available at the time. ~Domo Geshe Rinpoche ~~~ ""Was hatten die großen meditierenden katholischen Heiligen mit den tibetischen Yogis und Yoginis gemeinsam?... Sie alle übten sich im Tantra! Ihre innere tantrische Vereinigung mit dem höheren Wesen, wie Gott o
Post a Comment
Read more

A Cascade of Illuminating Wisdom 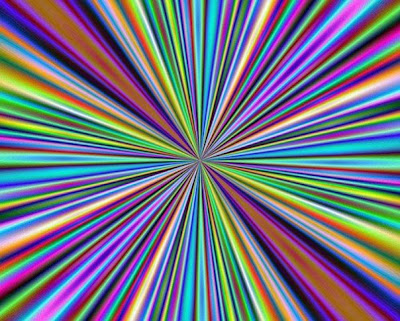 We can see how our behavior changes in a natural but forced manner as we develop more understanding about compassion. However, those shifts in attitude, which change the way we act toward others, are nothing by comparison to the actual transformation that happens interior, beyond the reach of the human mind. This highly energetic tr ansformation occurs both during and after the enlightenment experience, when absolute nature aligns with the individual. A cascade of illuminating wisdom then infuses the human mind, bringing our compassion practice alive, which is now both natural and unforced. ~Domo Geshe Rinpoche ~~~ Wir sehen, wie sich unser Verhalten auf natürliche aber forcierte Weise verändert, während sich unser Verständnis von Mitgefühl weiter entwickelt. Jedoch sind diese Veränderungen in unserer Einstellung, durch die wir uns anderen gegenüber anders verhalten, garnichts verglichen mit der eigentlichen Transformation, die im Inneren geschieht, jenseits des Zugr
Post a Comment
Read more

There are many who are interested in gender-neutral language, or practicing open-ended statements in communication. These methods allow others to respond without trying to control them by selecting words with an agenda attached. Teachers of young students probably experience special challenges in their own use of speech because school ... children being taught how to use language skillfully will sometimes mimic a reprimanding style of communication from their teachers. What is compassionate speech? It is using non-inflammatory language. I attended a local township meeting here in Wisconsin. I did not intend to speak, but suddenly words became confrontational as tempers started to rise. Suddenly, I stood up, "I am one of your new neighbors, sorry to interrupt.. but please be careful, many of you are using inflammatory language and this is not going to help the situation. Thank you very much," and sat down. Suddenly, the atmosphere calmed down, and people b
Post a Comment
Read more

What Makes a Hermit Happy? 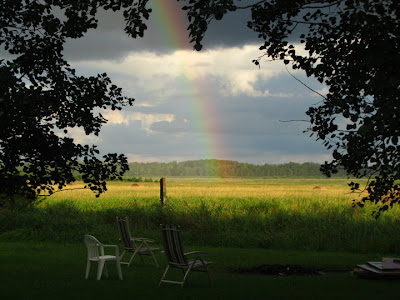 There's nothing better than old fashioned patience.. Compassion is its own reward! Kindness as a spiritual practice We can be separated from our selfishness! Tibetan Buddhism has a lot of "sutra thumping" and as much talk about hell and damnation as any southern Baptist minister. The problem is that those who need to hear this never show up at teachings or have family who are concerned for their spiritual safety. I am not interested in disseminating the rough dharma of fear mongering to gentle and compassionate students. ~Domo Geshe Rinpoche ~~~ What makes a hermit happy? A quiet environment, free from strife. Plain food, but not storing an excessive amount. Healthy enough to practice. No outer responsibilities. A suitable practice. How wonderful to have even one of these.. imagine having all of them! ~Domo Geshe Rinpoche (who is happy but still has responsibilities) ~~~ "Was macht einen Einsiedler glücklich? Eine ruhige Umgebung, frei von Zwietracht. E
Post a Comment
Read more

Are Resuts and Causes the Same or Different? 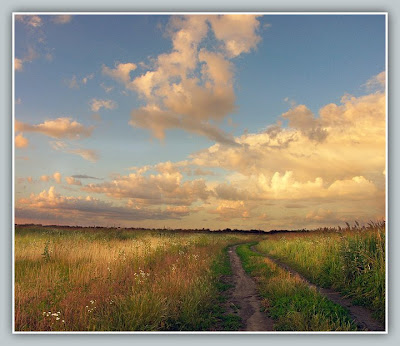 There is a great difference between any result and its causes. For example, the causes of awakening or enlightenment are within its preparations, such as a reduction in selfishness by using the many compassion practices available in Tibetan Buddhism. Another cause is staying out of foolish and dangerous situations that deliberately ha rm the mind by practicing avoidance of the ten non-virtues. These are part of the Great Path. Some of the excellent attitudes to hold while on the path of preparation are rejoicing in our great good luck to find the dharma, focusing on the specific dharma practice presently working on, and confidence in the Buddha, who is showing us the way to become free. Those who leave the path trying to experience the result prematurely, will stop making effort and settle for a short term goal when so much more could be done. Do not waste your precious human life, make effort! ~Domo Geshe Rinpoche ~~~ "Es gibt einen großen Unterschied zwischen all
Post a Comment
Read more

Getting Back to Daily Life After a Retreat 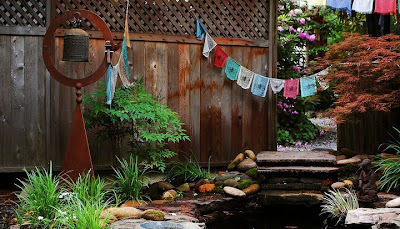 All marriages are karmic, however, some marriages will remind that more than others. ~Domo Geshe Rinpoche ~~~ Returning home after a positive retreat experience or after an especially strong meditation, it is easy to slip back into an ordinary relationship with the world, unless we are especially vigilant. This is part of the dynamic called picking up the contaminated aggregates in classic Buddhist meditation advice. The meditator will mechanically remember the person that she or he is expected to be in order to interact with others who “know them so well.” That is the game played with others, dancing the old story of complying with others expectations, but soon the meditator forgets that it was play-acting and returns to their old attitudes. Perhaps when the meditator returned and seemed different, others tried to reverse them by stimulating them with a usual game. Perhaps he or she thought that they were strong enough to play along without really believing in it too
Post a Comment
Read more
More posts