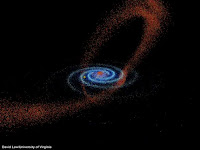 A discussion arose quite recently; a friend asked us what was our favorite day of the week. Another dear Buddhist friend responded quickly “I hate Mondays!” We looked at each other and recognized something important had just occurred. Perhaps it sounds illogical from an ordinary point of view but I felt actually frightened. Not just the bursting out but it was apparent that there was depth of his considerable character that was involuntarily involved. B casually inquired, “Did anything nice ever happen to you on a Monday?” Enemy of Monday thought, logically impossible that no good thing ever happened on a Monday. “Yes, I agree that some nice things did happen on Mondays.” I entered the conversation. Yes, I was filled with Buddhist disappointment that my friend felt hate and at the same time a rise in inner energy was perceived as excitement or even feeling as a kind of glee. I was in debate mode. “Ahem, among the nice things that happened, did anyone give you something special on a
Post a Comment
Read more